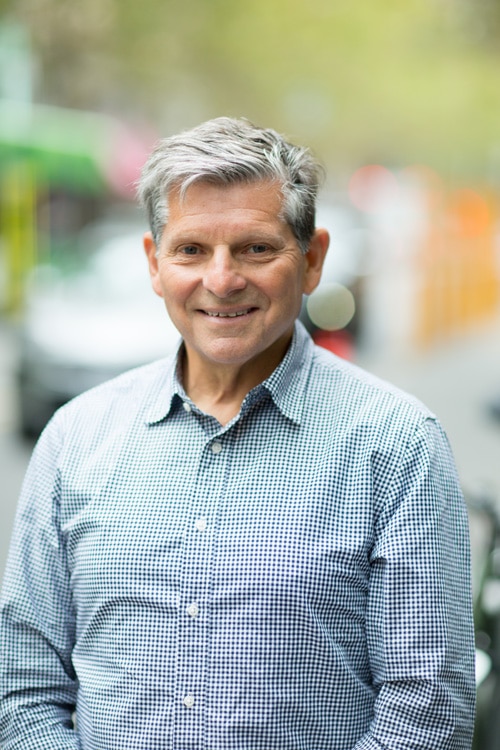 Phil founded Midtown Medical Clinic in 1988. After 42 years Phil is no longer consulting, but is actively involved in the management of the practice.

After 42 years, Philip is no longer consulting with patients, but remains actively involved in assisting with managing Midtown Medical Clinic and The Melbourne Sports Medicine Centre while supporting and mentoring other Practitioners.

After internship and residency at Box Hill hospital he was partner in a suburban General Practice from 1976 to 1988 with an emphasis on Obstetrics, Paediatrics and General Medicine.

Since 1980, he served for several years on the Victorian Panel of Examiners for the post graduate Fellowship of the Royal Australian College of General Practitioners.

In 1987 Philip completed the one year Sports Medicine course run jointly by the Australian Sports Medicine Federation and the Royal Australian College of General Practitioners.  (This was before the Sports and Exercise Physician Fellowship existed).

His main sports team involvement was at the North Melbourne and Carlton Football Clubs between 1988 and 2002.

Philip has also worked as a doctor for the 2000 Olympics.

He has been a member of the selection panel for Monash Medical students and has been involved as a tutor of undergraduate students at Monash University, Department of General Practice.

He has always been strongly committed to General Practice and caring for all facets of patients’ health.

Involvement with Team and Associations: