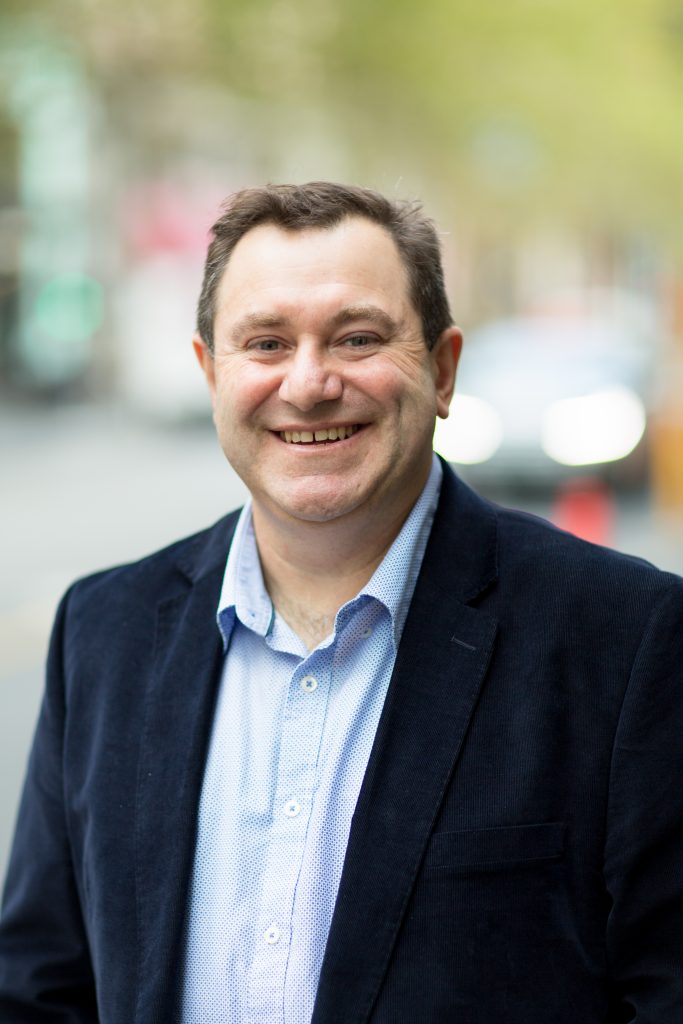 Ben is a Sports Doctor and General Practitioner with over 20 years experience and a special interest in addiction medicine.

During the current pandemic, Ben is available for both face to face and Telehealth consultations. To arrange an appointment please phone 9650 9372 or book online.

Ben is a general practitioner with special interests in Sports Medicine and Addiction Medicine.    He studied at The University of Melbourne where he completed his degrees in Medicine and Surgery in 1997.    He then worked in a number of public hospitals in Melbourne and regional Victoria before being awarded the Fellowship of the Royal College of General Practitioners in 2003.  He completed post-fellowship training in Sports Medicine through the RACGP Special Interests Program.

Since 2016, Ben has been involved with the Greater Western Sydney (GWS) Giants, providing match day medical support as their Victorian based medical officer.   Ben has also had a role with the Victorian Jockey Welfare Program since 2004.

Ben has been a medical officer for Healthscope since 2002, providing inpatient medical treatment and support for patients with substance use disorders at Warburton Clinic, Ivanhoe Manor and The Melbourne Clinic.    Ben has been a medical advisor to a number of state and federal government peak bodies in the area of addiction medicine, which include WorkSafe Victoria, the Transport Accident Commission (TAC) and Comcare.

In recent years Ben has enjoyed working alongside a number of Orthopaedic surgeons as a surgical assistant at The Epworth and St Vincent’s Hospitals.

Away from work, Ben is a sporting tragic who is very happy to be watching any one of his three children play sport on weekends, attend a local game of football or being trackside watching one of his small stable of thoroughbreds racing.

Ben is available for consultation each Tuesday and Thursday.

To arrange an appointment to see Ben please phone 9650 9372 or alternatively book online.